The ultimate guide to adtech terminology

Learning about advertising can be tricky, and you’re often overwhelmed and confused about where to start. This glossary gives you a list of all the most important, relevant terms in adtech right now so you get a well-informed jump-off point. We keep this regularly updated, so check back next month for what’s new! 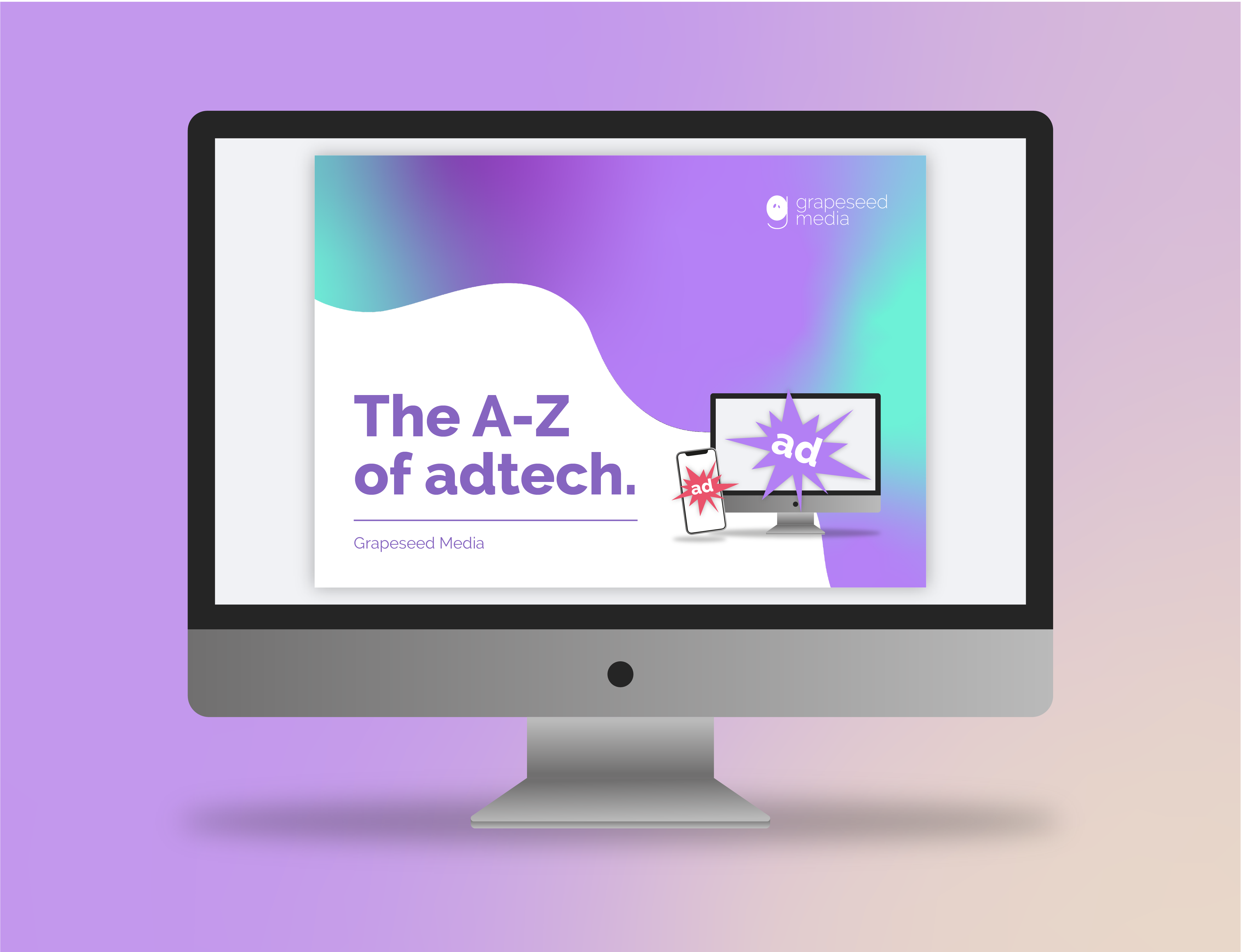 When I first transitioned into the world of digital marketing, the sheer number of new terms was initially daunting. I had heard of a cookie before, but what was the difference between a DMP and a DSP? Or a CPI and a CPM?

Adtech — or advertising technology — refers to the technology, software, tools, and platforms advertisers and publishers use to run, monitor, manage, and optimize digital ad campaigns.

Due to the complex nature of digital advertising and the nonlinear evolution of the technology, adtech has developed a dictionary of terms, jargon, buzzwords, and acronyms that can sound like complete gibberish to the uninitiated.

If that’s you, don’t worry — the Grapeseed Media team has put together this glossary of adtech terms as a one-stop-shop resource for beginners and experienced adtech professionals alike.

This A-Z of adtech terminology will help dispel the ambiguity around certain terms and enable you to navigate the adtech ecosystem with confidence and clarity.

The A-Z of Adtech

Ad blockers are software programs that prevent advertisers from displaying their ads on web browsers.

Refers to all the media assets that go into a digital ad, for example, images, videos, animations, sounds, and typefaces or fonts.

A media buying platform that acts as a marketplace where advertisers and publishers can buy and sell ad inventory using real-time bidding.

Ad fraud occurs when ads are served but never seen by a human being. This creates fraudulent impressions. There are many types of ad fraud, for example, using bots to refresh a page multiple times.

The number of ad placements a publisher has available at any given time. It allows publishers to package and sell their inventory to advertisers based on the number of impressions a placement is likely to get.

A company that acts as an intermediary between advertisers and publishers. It’s different from an ad exchange, which is fully automated. Ad networks are made up of humans who facilitate media buying.

A department within a company dedicated to managing ad campaigns. Ad ops specialists typically have a lot of experience working with adtech platforms.

The process of monitoring and analyzing an ad campaign’s performance and changing it to improve cost-effectiveness.

Advertising technology that coordinates the placement and delivery of ads. May be used by advertisers, publishers, ad networks, and ad agencies.

A snippet of HTML code that’s placed on a publisher’s website and communicates information about the ad to other platforms within the adtech ecosystem.

The process of deciding the ideal target audience of an ad campaign using demographic information such as age, gender, location, occupation, marital status, and income level.

A file that publishers add to their websites to specify which partners are permitted to sell their inventory. It was introduced by the Interactive Advertising Bureau (IAB) to improve transparency and prevent unauthorized sales of inventory.

An ad space on a publisher’s website where ads can be placed. Includes information on the types of ads that can be placed there, such as dimensions and ad formats.

The process of associating sales conversions with the original source of that action. For example, if a user sees an ad, clicks on it, and makes a purchase, the sale will be attributed to the original ad they clicked on.

The process of dividing the target audience into different segments according to unifying characteristics, such as new or returning customers or newsletter subscribers.

The process of identifying users to serve ads to based on their interests and browsing habits.

An aspect of programmatic advertising that occurs in real-time. When a user navigates to a website, the publisher’s supply-side platform (SSP) sends a bid request to a demand-side platform (DSP).

The request contains details about the impression and user that the DSP places bids on behalf of advertisers.

When a DSP receives a bid request, it runs an auction to determine which ad will be served. The bid response contains information about the winning advertiser and ad creative.

A list of websites that an advertiser does not wish to purchase ad inventory from. This may be due to malpractice such as ad fraud or because the sites contain inappropriate, adult, or illegal content.

An ad fraud practice that generates non-human website traffic automatically through the use of bots.

A collection of practices used to protect a brand’s image. This includes aligning ad placements with the ads being served, ensuring a positive user experience, and making sure ads are only placed on reputable sites.

The percentage of users that click on an ad.

A small data file stored locally on a user’s browser that collects information about the user’s preferences. Advertisers use this data to target users based on their interests.

A type of ad targeting that targets users based on the context of the content they’re viewing.

Any action that a user takes on an ad that is then tracked — for example, filling out a sign-up form, completing a purchase, or setting up a subscription.

For each conversion — or action — the advertiser assigns a value and agrees to pay the publisher based on the number of conversions.

The price an advertiser agrees to pay a publisher for clicks on an ad. To calculate CPC, divide the total cost of the ad campaign by the number of times users click on an ad.

The advertiser pays the publisher a certain amount every time a user installs a piece of software on their device.

The price an advertiser pays a publisher for every thousand ads they serve.

Not to be confused with eCPM — or effective Cost per Mille, a publisher-side metric that estimates the revenue earned for every thousand impressions.

A platform used by both publishers and advertisers to receive and process ad tags by adding additional information to them.

A DSP is a software program that advertisers use to buy ad inventory through automated bidding.

Also known as banner ads, these are visual ads that are displayed in different placements on a website. They can include images, animations, and even short video ads.

When the price of an ad impression fluctuates depending on the information available about the user it’s served to. For example, if the user perfectly matches the advertiser’s ideal customer profile, the cost of the impression will be higher.

Customer data that a business collects for its own use and does not sell to other parties. It can be collected through a variety of sources, including sign-up forms, website analytics, interactions such as calls and emails, and first-party cookies.

The maximum number of times an ad creative can be served to the same user within a defined time period.

A type of targeting that identifies users based on their geographic location.

Also known as pre-bidding or advanced bidding, this is when a publisher auctions their inventory across multiple sources as a way to optimize their revenue.

Every time a user views an ad, it counts as an impression — even if they don’t interact with it.

An ad that is served on a mobile app rather than a web browser.

A full-screen ad that prevents a user from taking any other action until they interact with the ad — either by clicking on it or closing it.

TV ads that are displayed according to a schedule decided by the TV network. Users have no control over these ads — for example, they are unskippable.

An ad that is served in the middle of a piece of audio or video media, such as a podcast or YouTube video.

A framework that sets the rules for real-time bidding (RTB).

Programmatic advertising uses algorithms to conduct real-time auctions for the buying and selling of ad inventory.

The use of programmatic software and algorithms — including artificial intelligence — to automate media buying.

When a publisher directly invites an advertiser to buy ad inventory from them using programmatic technology.

The process of identifying and contacting potential customers.

A business or entity that sells ad inventory on its website or app.

The maximum number of people to whom an ad could potentially be served. A wider target audience will have a higher reach than a more specific, highly targeted one.

A programmatic bidding model that enables the buying and selling of ad inventory in real-time and on an impression-by-impression basis.

Also known as remarketing, this is the process of serving ads to users who have interacted with a brand in some way, for example, by browsing its website.

A software system that publishers use to sell ad inventory.

Customer data obtained from a trusted partner. In other words, another business’s first-party data.

A cookie placed on a website by someone who doesn’t own it — i.e., a third party. These cookies collect third-party data but are being phased out — hence the term “cookieless future.”

The process of gaining more users on an app, website, or other services.

An ad’s viewability refers to whether or not it was actually viewed by a human. For example, an ad can be served to a device, but the user doesn’t see it.

A list of publishers that an advertiser has approved to serve ads to.

The process of refining an advertiser’s campaign strategy to maximize revenue.

Grapeseed Media Takes the Mystery out of Adtech

The world of adtech is one of complex processes and a plethora of platforms, each with its own terminology and jargon, so it’s easy to feel confused and overwhelmed at times.

Grapeseed Media’s team of adtech experts supports businesses by demystifying the adtech sector and making it easy and accessible for a wider audience.

That’s why we created this handy PDF containing the A-Z glossary of adtech terms — download and save it for future reference.

If you want to know more about any of these concepts, or just chat about the latest in advertising, reach out to us directly!

A data-driven media planner, Katie plans and executes multi-channel campaigns with Grapeseed. Katie is a graduate from Carnegie Mellon University, the Cleveland Institute of Music, and the Juilliard School and spends her free time hiking with her dog and playing piano. 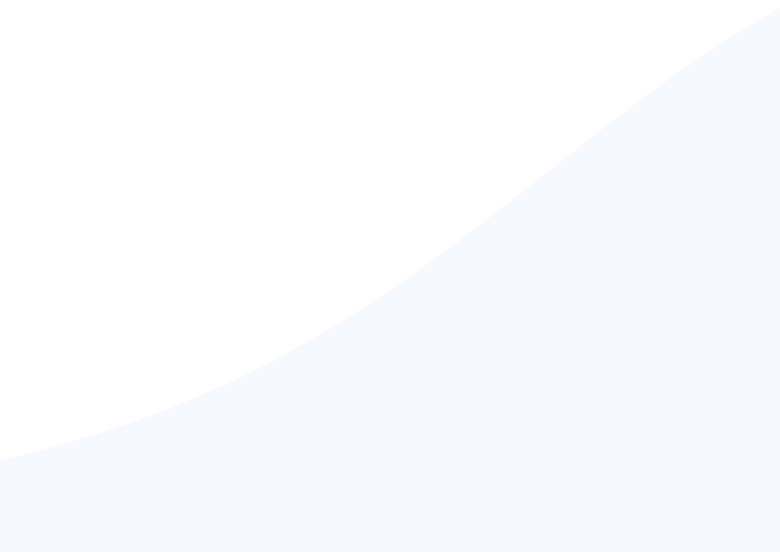 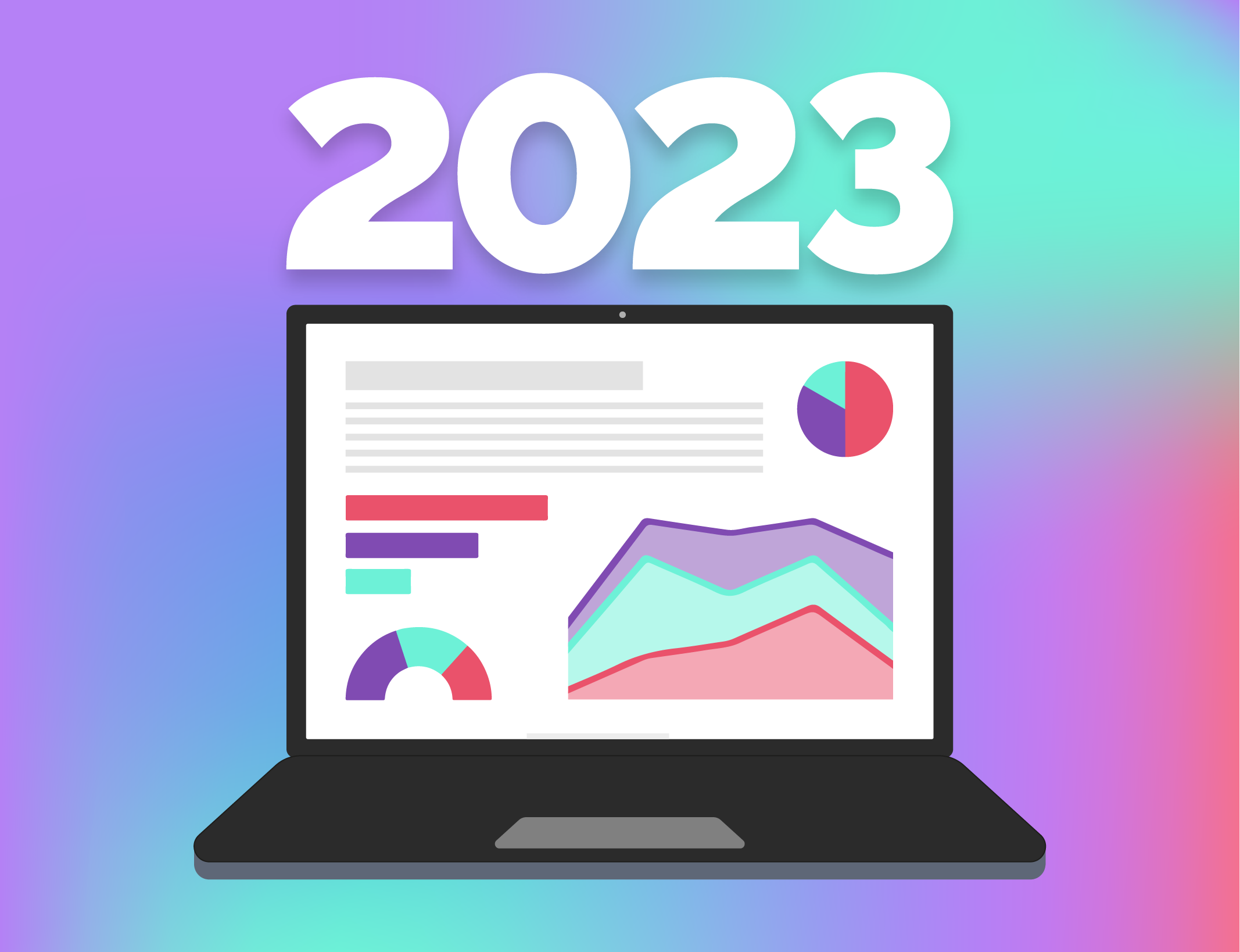 5 Advertising Industry Trends to Watch in 2023

Our top picks for where advertising is going in 2023, and what trends you want to be prepared for. 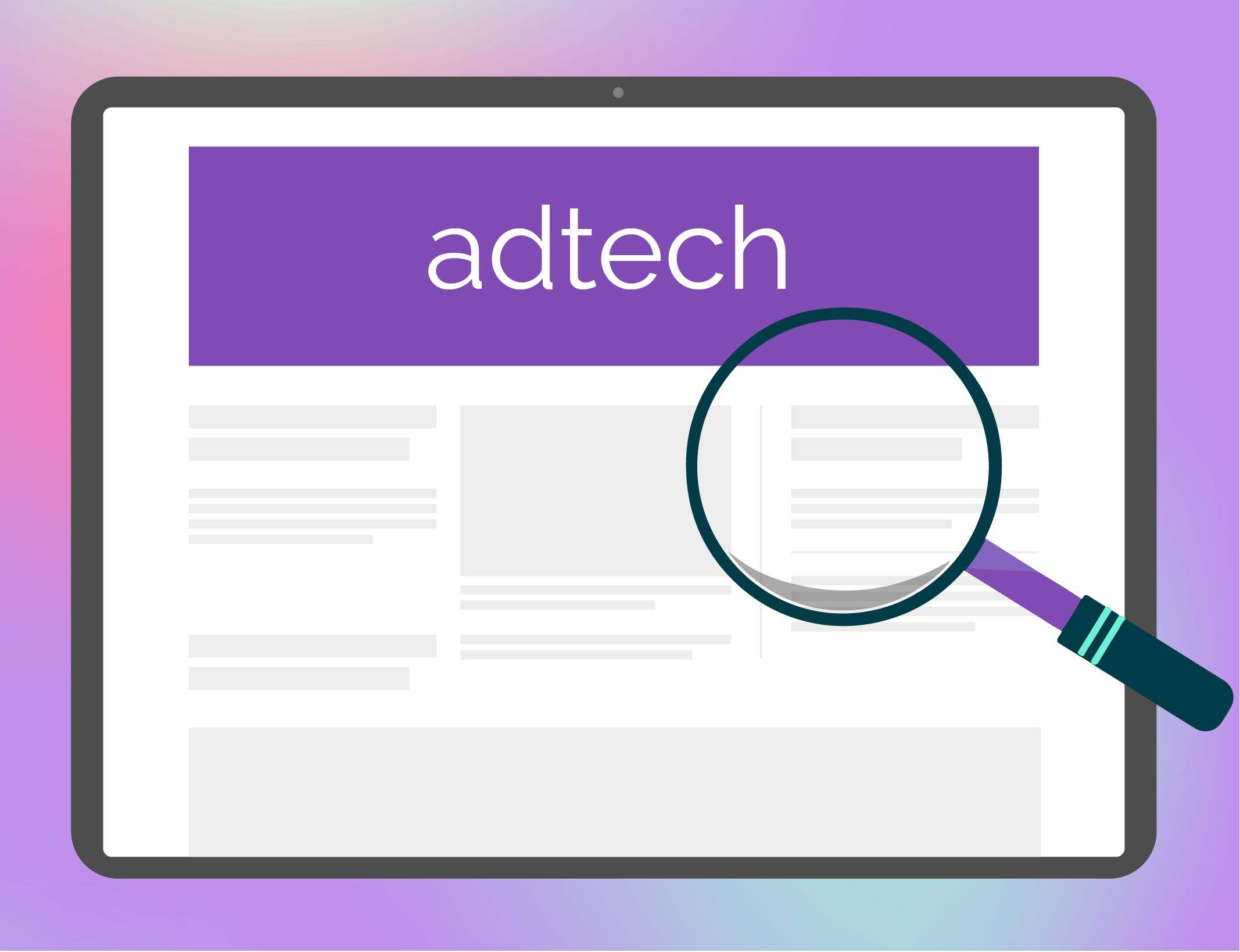 The present and future of adtech are both brilliant, but the technology is not without its fair share of questions. Here’s an analysis of everything you need to know about adtech. 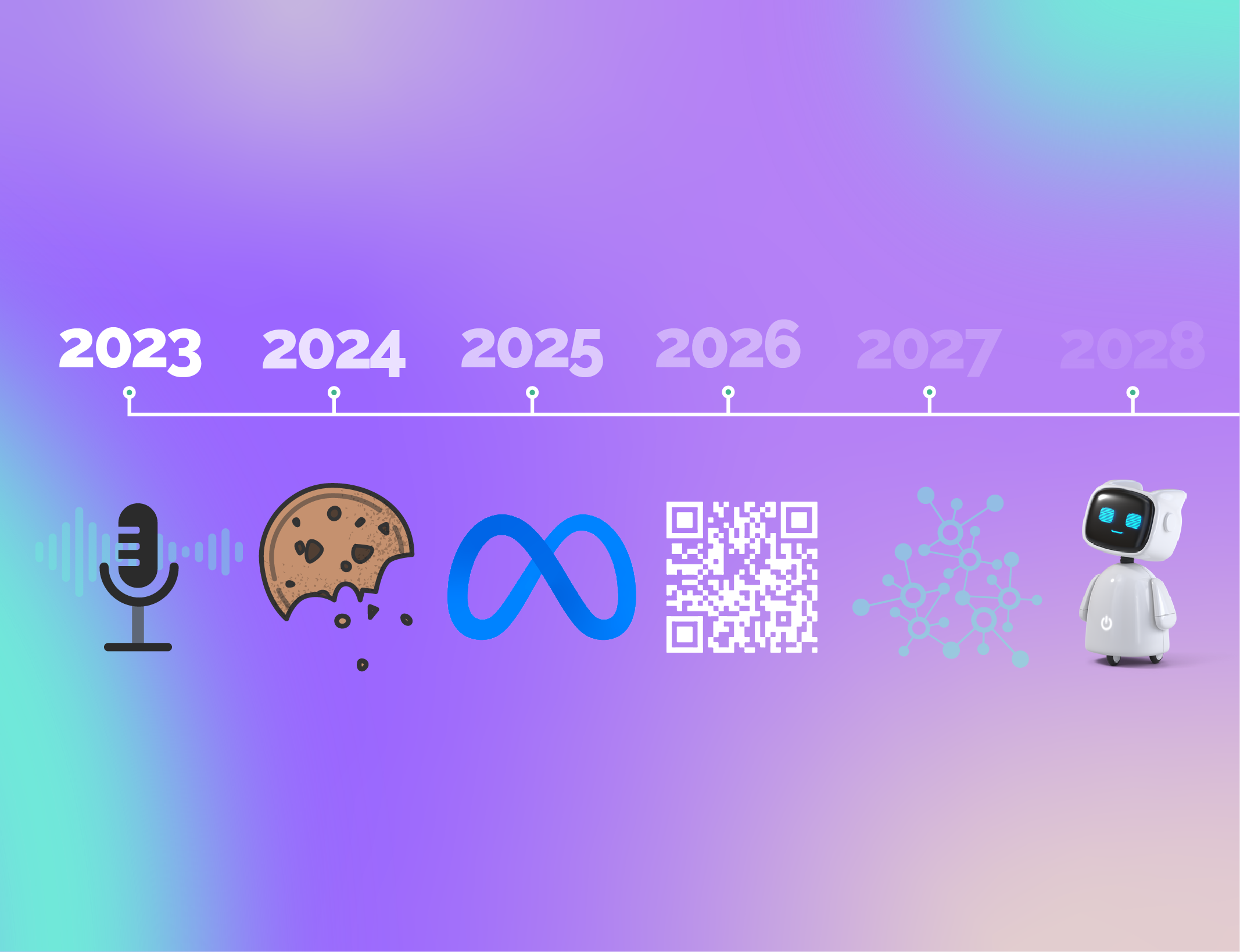 11 Advertising Trends That Have Dominated 2022

Here’s the top 11 trends that have dominated advertising in 2022 (and our predictions for where advertising will go next year).